Snapchat is an American messaging application developed by Stanford University students Reggie Brown, Evan Spiegel, and Bobby Murphy in 2011. It allows users to send photos (that are called ‘snaps’) that are viewable for only 1 to 10 seconds after that they will be deleted automatically. As of Q1, 2022 Snapchat has 332M daily active users, and 48% of users fall into the age group of 15-25 & 35% of users from 26-35 ages. This app is mostly used by American teens (102 M) and Indian (28 M) people as of April 2020. Via this platform over 180 million users have engaged with augmented reality.

Snapchat launched the Spotlight feature in November 2020 as a way to share the most entertaining user-generated content on this platform. By this Snapchat reports paying over $1 million daily to creators of the highest-performing content. Snapchat ranks as the 12th most popular social media application worldwide. An average of 5+ billion snaps are created every day and users spend a minimum of 30 minutes on Snapchat every day.

Emojis are the right way to communicate your feelings and thoughts to another person without using text mainly because it saves your time. These days, if you send a message to someone with plain text, they might think you’re upset or angry at them especially if it’s a close friend or your loved ones.

The emojis on the app can be set automatically and manually which is mainly used to track the activity of you and your friends. When Snapchat assigns your chat an emoji, the metrics they look at include the number of snaps you send to one another, and how frequently you reply to each other’s messages. To see the emoji lists, open your Snapchat profile and go to the Friends section.

In this article, we will look at all the most used Snapchat emojis, their meaning, and how to use those snap emojis wisely.

What is Snapchat Emojis?

When Snapchat launched it used a “Best Friends” feature to display who you frequently send and receive messages on this app. But this information was available publicly so that anyone can tap on somebody’s profile and see their top 3 friends without their knowledge. This is the main reason to remove their “Snapchat Best Friends Emoji” system because top Snapchat users were concerned about their data privacy and security breaches.

The current Snapchat emoji feature is more user-friendly than the “Best Friends” ranking feature. Snapchat has a list of some symbols/icons and emojis. Snapchat symbols are used in expressing relationships between friends whereas Snapchat emojis are small visual images used in chats. The Snapchat emoji meanings are simple and easy to understand.

Open purple-colored arrow – Send snap was opened by someone with audio.

Red color arrow – snap does not go with the audio

Open red-colored arrow – snap opened by someone, and does not have audio

If you found the zodiac emoji end of your friend’s Snapchat username, that represents the following date ranges.

Here we listed the 2020’s top most used and popular Snapchat emoji symbols, names with meaning for your understanding.

How to Use Emojis on Snapchat

The above-explained Snapchat emojis are the default options that are assigned to all the contacts on your friends list. You can also set your unique emojis for particular users if your friends that already have Friend Emojis assigned to them by Snapchat.

To customize your friend emojis, follow the below steps:

If you want a Snapchat emoji guide to copy and paste, there are lots of online emoji-providing websites available. If you search on Google and Pinterest you will get more Snapchat emoji ideas, emoji creators, Snapchat emoji games, and Snapchat emoji themes to customize your own emojis as per your thoughts. Snapchat also provides some reserved emojis for verified Snapchat account users.

Whether you use Snapchat to make friends or to spy on your children or any other person’s internet usage, it’s good to be aware of each of the Snapchat emoji meanings. It’s a good way to keep track of your connections on the app.

The grinning face 😁 with smiling eyes emoji expresses joy, happiness, cheerfulness, or excitement. It might also be used to show an ironic attempt at positivity when things are grim.

Two heart symbols 💕 with staggered up and down emoji is widely used to express love, romance, affection, pleasure, or happiness. 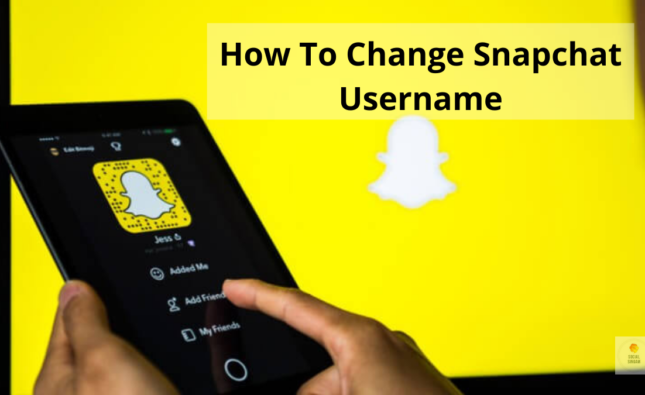 How To Change Snapchat Username on iPhone and Android App