What is WeChat App

WeChat is one of the most used popular social media applications in China and other countries. Tencent, a parent company of this app is one of the most valuable technology companies in the world. Since 2011, this app has added many new features from a messaging app to an all-in-one super portal, with more than 900 million monthly active users. This WeChat app can be used on both Phone on the Web. You can able to login Wechat on Web using QR code

I hope you all are known something about WeChat is and how it works. But many of the users wondering it’s a legitimate messaging and communication service, and safe while using it. In this article, we explain everything there is to know about WeChat and its security.

WeChat’s major success is because of this platform’s mobile payment service called WeChat Pay. It helps every aspect of a user’s life from shopping to booking taxis, hospital appointments and ordering food through this application.

In China, 84% of people are willing to replace cash with mobile payment. In 2016, 38 trillion Yuan (A$7.5 trillion) was exchanged via mobile payment which is 50 times larger than the United States, the world’s second-biggest market. Till date, WeChat has successfully launched its payment service “WeChat Pay” in 15 countries.

WeChat Pay targets Australia which is a popular destination for Chinese students and tourists. In Australia there are more than 10,000 shops and restaurants are using the WeChat Pay system. In 2016, Chinese tourists spent A$9.2 billion in Australia, and it is expected to grow A$13 billion by the end of 2020.

Tech gadgets imported from China, such as smartphones, watches and other goods are regularly having security flaws and even spying government by that tool. The Indian government blacklisted WeChat and some other 41 apps on last December and categorizing them as spyware.

According to WeChat, user data is not monitored or saved by the company server, as long as there is no requirement from the Chinese authorities. However, Australian users WeChat account is always censored – even if you connect your WeChat to an Australian number.

If you register the WeChat account outside China, you will be considered as “overseas account” and you’re not censored that apply to Chinese users the same strict standards. A recent survey from the Citizen Lab suggests that messages containing censored keywords will still be banned if they are sent to a Chinese account.

The most common method of censorship on WeChat is keyword blocking, which means messages containing sensitive spam words, such as “Tiananmen June 4” and “free Tibet”, won’t be received to another end user.

Is WeChat Safe and Secure for Messaging?

WeChat is as safe as other messaging and communication apps because it requires a verified mobile phone number, and a strong password to register as a user. So as long as the user continually changing their password, enable 2-factor authentication on their mobile device, no one can access their messages or personal profile without their knowledge.

For safety concerns change your privacy settings as per your requirements. Here are the top 5 safety tips when using WeChat.

4. Analyze and verify their profile before you add any unknown users.

5. Don’t use the WeChat “Shake” function.

One of WeChat’s official customer said that WeChat securely encrypts your sent and received messages between the servers. We do not permanently store the content of any messages on our servers whether they are video, audio or text. WeChat deletes the content of the message on our servers and therefore third parties including WeChat itself are unable to view the content of your message.

Currently, WeChat is the only app in its category that is accredited by the privacy organization TRUSTe. It’s also certified by the austerest international server security compliance standard ISO 270001–2013. So it would be quite difficult for hackers to penetrate WeChat’s servers and view any of the users’ private information.

Other Blogs to Read

How to Fix Pname Com Facebook Orca Error on Android

How to Unfollow Inactive Twitter Accounts by Using Tools 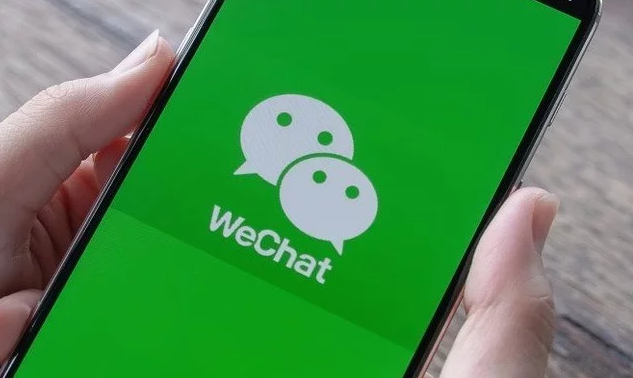